Technology is getting better daily as the digital market expands into all avenues of convenience. So is it possible that guitar tube amplifiers will take a final bow like the tube radio? Can solid state emulation replace all the nuances created by tube amplifiers? Let’s discuss!

On an expedition through the gear smorgasbord the tube amp might be the last piece of the equation to be replaced. Recent years have brought a leap forward with solid state amps, amp software, pedals and cabinet simulators flooding the
market. I am a believer in a few of these items in my own studio. Cabinet simulators play a larger role in my recordings than the others. I have been impressed by the offerings of current manufactures in the pedals, solid state amps and software emulation available as well. Admittedly a lot of guitar parts I record now days utilize Two Notes technology within their Wall of Sound plug in.

I do not necessarily need a huge mic locker or guitar cabinet warehouse with different size cabinets, speaker choices and ohm capacities. This advance made by Two Notes has minimized the amount of setup and has exponentially increased time to experiment more efficiently while also not blowing up my ears in the process. Of course I still own multiple cabinets, with multiple speakers and with different ohms—it’s just a different feel to the music. The more tools the better in my opinion—after all, every song is different and requires its own stamp on the musical landscape. 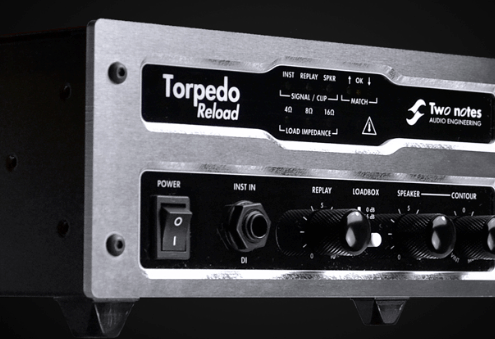 Sophisticated pedal such as the Orange Bax, (which features on-board EQ, Gain and a cabinet sim—yes, all this from just a pedal!) can offer originality to your playing. Insert that in your chain and turn your silverface into an Orange! If pedals can push the limits, what can be done in a larger format head or combo amps? The differences between a tube amp and a solid state are still noticeable overall and it might just come down to the irregularities of tube performance that create those beautiful noises with all that power running through them. 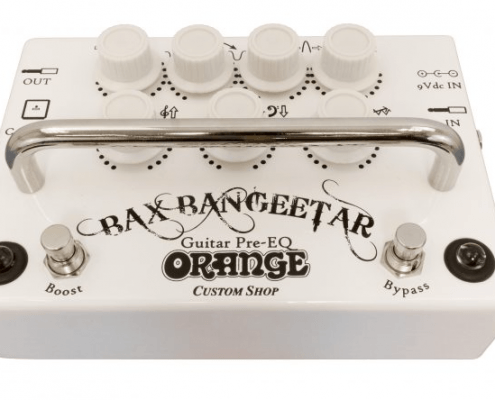 As far as tube amps go, my tube locker contains all sorts of letters and numbers each with their own sound palette. For this reason I believe there is more fun to be had with a tube amp. Some tubes can really open up the sound or dull it beyond belief. The ability to change from an EL34 British type power section to a more American style 6L6 is a good time in experimentation. At other points, a little something different is needed and altering the power section is a great feature on many amps that provides a ‘new’ amp in your arsenal.

Then there is the ‘fun’ factor of the preamp section—overall preamp, each channel, phase inverters and reverb! Any where from 2-8 tubes can be swapped for different shade in the sound. For additional options change the speaker or the cabinet that is part of the rig and boom, new sounds. There is a lot of interaction that takes place between you, guitar, cab and the tube amp. Playful feedback is tossed into the mix and can be summoned when provoked.

Unfortunately all of that excitement begins to dim when a tube starts glowing a different color or suddenly fades out like a dying star. As we all know, there are legit worries with owning tube amps. Maintenance for one ranks higher than others. In some cases, opening them up should be left to the professionals. The internal guts of these wonderful boxes are delicate from the wiring, capacitors, transformers and, of course, the tubes. This can lead to an expensive effort to find what works in an amp or in the instance when a tube has lit for the last time. When a tube wears
out I generally start to question if I like the amp anymore and that is a good way to identify if a change is required. If you own a tube amp I would highly recommend Orange’s VT1000 for your tube testing needs. Alas, problems do not stop there. Weather impacts performance, moving them around without harming the tubes is a worry, what if a fuse fails, is a backup needed to gig with?–you get the idea. 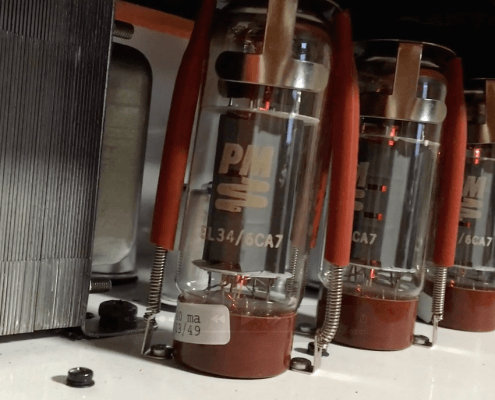 On the other side of the musical rainbow is the solid state amp. Worries are gone with solid state, right? Sure, there could be harm bestowed moving the amp from practice space to gig but no tubes to fail, no fuses to worry about. At 8 o’clock it sounds the same at 3 o’clock on the master volume. No breakup changes to worry about when cranking to get more volume over your drummer. Life is good.

Another improvement in our toolbox is modelling software. Imagine having every amp you have ever dreamed about within your computer or a small box that takes up less space than one amp head available to you at all times. I’m interested! The advantages are definitely tempting. All the back breaking amps, cabs and combos can stay at home. Simply show up with your computer or modelling amp and go direct into the soundboard. Which almost seems like blasphemy to a stage setup though your back will thank you, perhaps a cheaper alternative in the long run and certainly less dangerous in upkeep. The con list extends more to the tone side as there is less chances to experiment with tone changes due to lack of tubes and reliance on pedals almost becomes mandatory. Pedal dependency is a personal choice driven by what style you are playing. I
adore the edge of breakup tone, pushing the power section to break is glorious. With a solid state amp, that line in the sand no longer exists unless it is built to simulate that classic tone. 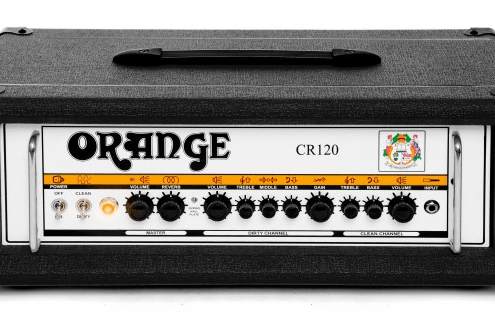 The edges can become blurred once the guitars have been recorded. Which track is solid state? Which track is an emulator? Which track is tube? I have mixed solid state and tube amps on a few occasions and I still hear the difference between them, even if they do sound good together, they are still not entirely equal. The difference becomes clearer when you start mixing all those sounds together. Certain sections stand out a little more than others and you might not be able to tell which is which but the alteration is heard.

I have been impressed by many different solid state heads and I had the pleasure of playing the Crush series as well as some of its competitors lately. Certain software packs sound pretty good but not enough that I say—that’s it, I am buying it! Sorry UAD!
I am not putting down the solid state crowd, I just don’t believe we are there…yet. Is the tube amp safe? I believe it is but in another 10 years the tube purist in me might be shaking in my boots. For me there is just too much interaction between that tube amp and guitar that could be missed with solid state.

Obviously I am not solid on the idea of bidding goodbye to my tube amp arsenal but I have been swayed on other advances as stated. The time is coming and it is close, when the tube amp might be a tool of the past; or at least one where we self-proclaimed purists are the only believers requesting to be buried ensconced with our tubes.

Fitzpatrick To Be New Orange Amps Distributor For Sweden & Norway

The size of your cabinet – It matters
Scroll to top