How did you come up with the circuit?
It was during a night of terror. A lizard appeared and looked me right in the eyes. In his deep marble eyes I saw an amp next to an A4 pad of paper. He was a tiny terror. [Adrian wanted to design an amp that could “fit on an A4 pad of paper.”]

What’s the ethos behind the circuit?
Everybody wants to play a show and have a couple of beers without having to drive. The Tiny Terror allows you to do just that because you can easily carry it. Call up one of the other bands on the bill and ask if it’s cool to borrow their 4×12. Play the show with volume on 10, tone on 10, gain around 12 to 2 o’clock and get right into the output tubes. The guy you borrowed the 4×12 from has a 100 watt marshall with the pre-amp on 9 and the volume on 2 sounding like a dentist. Your cranked TT geetar sound is SOOO good that you attract the attention of some of the laydeez :) You wind up going to a party with them, still carrying your Tiny Terror and your geetar and your night suddenly gets even better :)

How does the circuit work?
Simply, it’s this, the first gang of the gain pot increases the gain of the first stage. The second gang of the gain pot increases the impedance of the second stage. This results in the signal pushing into the output tubes evenly all the way up. The phase inverters in a lot of amps is complete snollygoster. The one in the TT is perfect. The EL84s have the best distortion sound, the cathode biasing gives you more smerge swomp. This results in the pancakes being thick in treacle [molasses]. Thicker than the dude you borrowed the 4×12 off of. 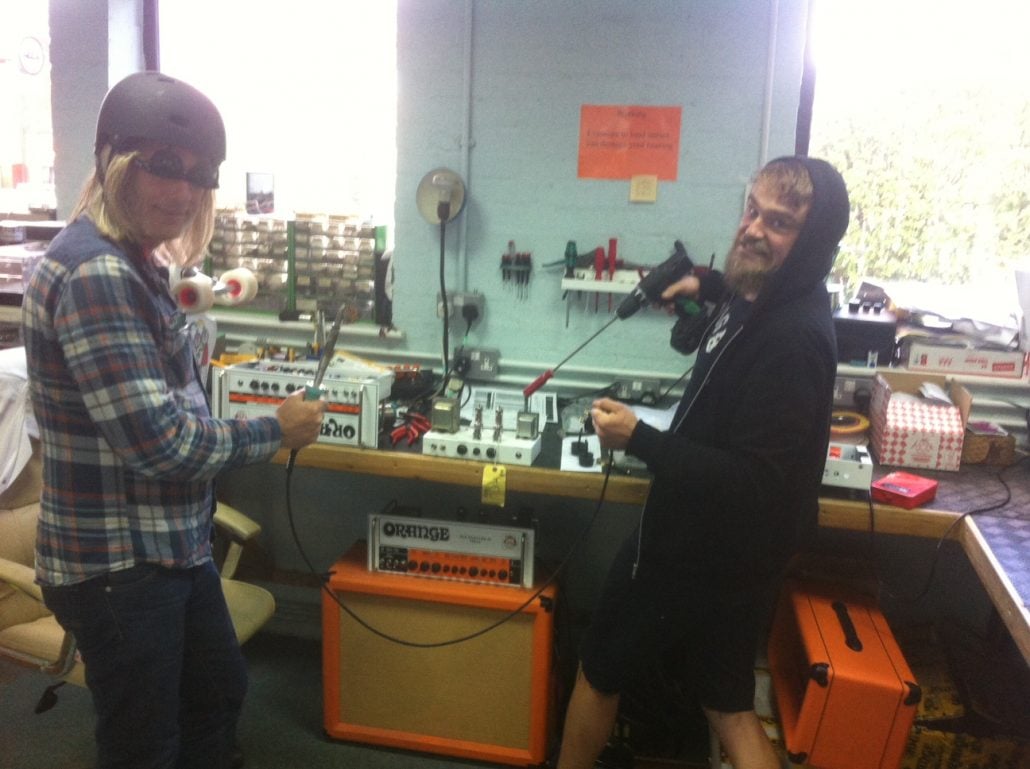