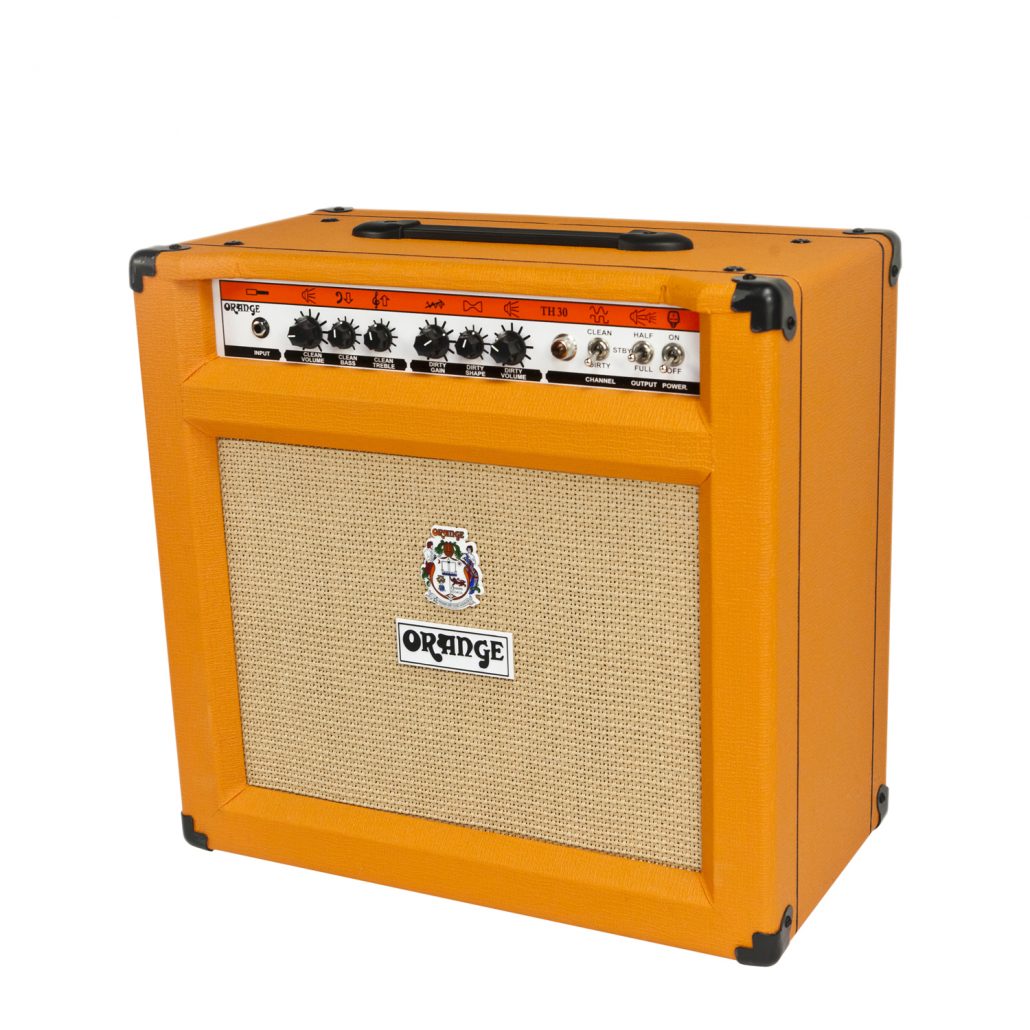 Real World Orange highlights our products in live settings. My name is Derek Carvotta and I am the Inside Sales Rep for Orange USA. Each month I will feature a different Orange amp being used in a different environment. From rehearsals to gigs to recording sessions, I’ll detail the gear used and the settings of the amp as well as provide you with a practical run-down of how Orange products can be used in real world situations. For my first Gig Report I have chosen to highlight the TH30C  that I used on a recent recording session for a cover band that I play with here in the Atlanta area called Shark Fighter . We were in the studio recording tracks to be used as part of our EPK (electronic press kit) and to be posted on our Facebook page and website.

The objective of the first session was to capture the basic rhythm tracks for a handful of songs. We would then each make separate trips back to the studio to perform any overdubs or corrections as needed. My goal was to cut as much of the song as possible “live” with the band. That meant tracking solos as well as rhythm just like we would play the songs in a live setting. The TH30C was set up in an isolation room and mic’d up using a Shure SM57 slightly off-axis and about 3-4 inches off the speaker grill. 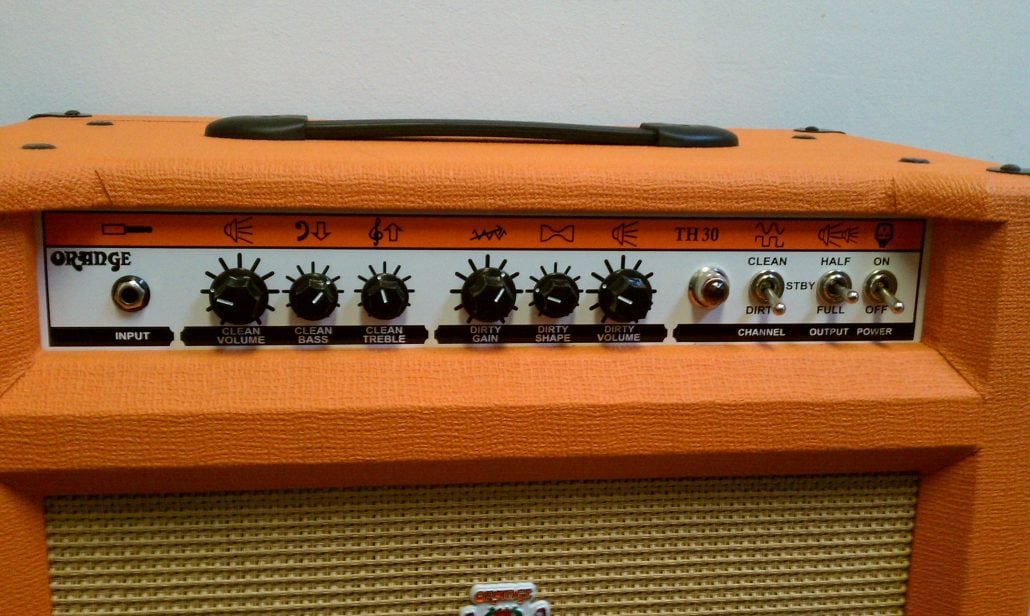 For this track (Girlfriend by Matthew Sweet) I needed a dirty tone that would work well for both lead and rhythm. I set the controls of the dirty channel with the Gain at 7.25, Shape at 3, and the Volume at 3.5 (see attached picture). I had the switch on the back of the amp set to use all 4 power tubes and the front power switch was set to Half Power. By keeping the amp set to use all four power tubes I maintained the clarity and punch of the lower frequencies. Using the power scaling in this way allowed me to get a bit more saturation at a lower volume which was perfect for this studio setting.

On this session I plugged my Ibanez AR325 straight into the amp using an Orange Premium 20ft instrument cable. The sound clips I have chosen are the intro and outro lead breaks. I left the main solo out of this because, in all honesty, the performance was not as good as what I had hoped to capture. I’ll go back into the studio to re-cut the main lead break at a later date (and hopefully get a better performance!). These samples will give you an example of the type of tone I was able to achieve using the above settings.

Every time I use a different Orange amp I am amazed by the flexibility and ease-of-use that the minimal control set provides. Dialing in a specific tone is a breeze and, because of the simplicity of the circuits, the individual characteristics of your different guitars shine through no matter how the controls are set. Thanks for checking this edition of the Gear Report out! I’ll be back next month to highlight a different Orange amp.

The Orange Embassy
Scroll to top