After spending the last 7 years cutting their teeth playing live in every rock pub and dingy bar that would have them, Blue Origin have built their reputation on providing an incendiary show in any location.

With their debut album ‘Somnium’ only a few months old, it has already received rave reviews from every corner of the industry. Using crowd sourcing to fund it, it is an album made possible by the fans, written for the fans- showcasing their ability to write music that will entice, seduce and set your ears alight with melodies that weld themselves to your subconscious and shake it to its very core.

Guitarist Mike Hawkings has been playing the Orange Rockerverb 100 MKII equipped with our DIVO system.  DIVO is a real-time valve management system that’s included in some versions of the Rockerverb 100 MKII Head. It reduces the likelihood of valve failure by regulating power. Plus, it provides auto-biasing for your valves – meaning fewer visits to the repair shop.

In this video Mike talks about why he chose Orange and how he uses the Rockerverb 100 MKII with DIVO to get his signature sound for Blue Origin. 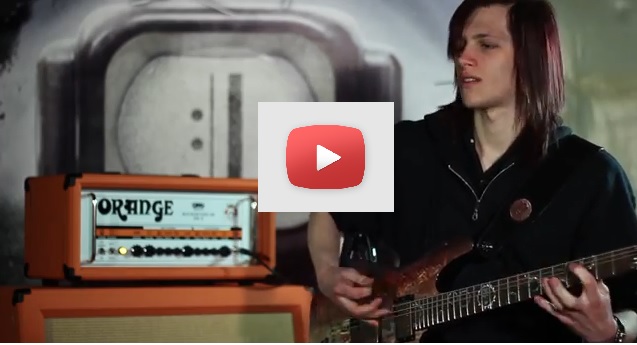 Get To Know Unlocking The Truth – Video
Scroll to top