As you know, Orange is blessed with a rich heritage. And, as with any company out there in the public realm, we have had to observe a range of myths, mistruths and misunderstandings about our history. Well, we simply won’t stand for it any longer. You guys deserve the truth. So, we’ve collected a small sample of some of the tallest tales out there (and totally haven’t made them up for the purposes of a blog) and we ask you to hear us out as we put things straight.

1. Company History
The history of this company is interesting enough that it doesn’t need embellishing, yet that hasn’t stopped some people speculating that we were in fact borne out of a lost bet between two warring Viking families in the 10th century.

The (totally false) story goes that Bjorn, a noble warrior from Oslo, created a device in his shed (Vikings definitely had sheds, right?) which would summon forth a range a low-end frequencies so powerful it would negate the need for all that needless pillaging. Villages would be cleared and riches amassed without all the bloodshed. We’ve all heard of brown noise, and the supposed bowel-loosening powers it has. It’s used in crowd control situations to make thousands of people at a time need the toilet. Well, yeah. That was his plan. See, Bjorn was a kindly soul who begrudged his fellow warriors’ lust for violence and sought a peaceful alternative. The only problem was his neighbour, Tor, thought this was absurd and belittled Bjorn’s invention.

The two decided a wager was the only way to settle things and, with Tor full to the brim with wild boar and mead, Bjorn engaged his fledgling machine. Unfortunately, with the device still in its prototype stage, there was no evacuation forthcoming from Tor and the bet was lost. As payback, it was decreed that any successful builds in the future must bear the name of Tor’s favourite post-slaughter citrus snack. 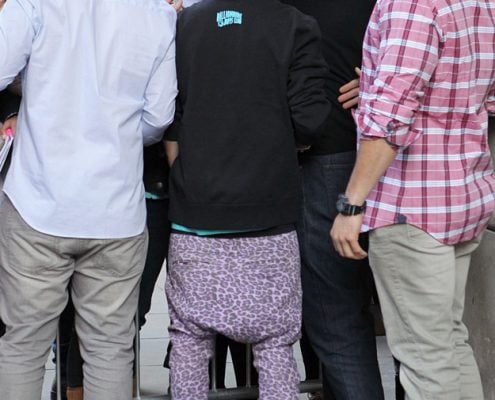 Clearly, this is nonsense. Orange was created in the UK in the 1960s by a man called Cliff. No Vikings, no bets, and certainly no brown noise.

2. Frequencies of choice
It’s often said an Orange Amp can coax a world of musical frequencies entirely of its own making. What’s perhaps less known, if you believe the internet, is the rare power contained precisely within the 481.276 Hz range, famously accessible only through an Orange.

Legend has it that amphibious alpha-male villain The Kraken is not only real, but it attacked a small fishing village in Eastern Europe in the early 1980s. Residents of the village were, understandably, quite shocked at its appearance and tried a host of tactics to send it away. After little success using rudimentary small weapons and stern language, a local guitar player arrived with his trusty OR120. After locating the golden 481.276 HZ frequency, a stoutly delivered G Major chord was all that was required to rid the people of this foul beast. 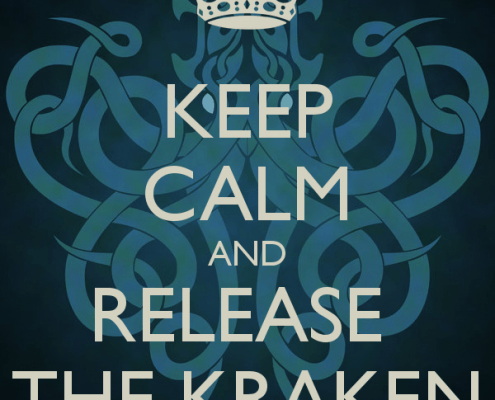 We’re British so we are legally obligated to use this meme at least once a year.

3. Origins of the shape knob
The shape knob, found on our Thunderverb, TH and Terror amps, has an interesting back story if you believe certain tales.

Apparently Orange originally intended them to physically change the shape of the amps on which they were installed in order for them to squeeze into small spaces. A quick turn of the knob would enable the amp to switch between landscape and portrait mode, or even reduce it to around 37% of its original dimensions. This, they thought, would give them an advantage on smaller stages and offer working musicians a clear benefit when it came to packing up their vans and cars after a show.

After years of research and countless millions spent on structural engineering and mechanical design, the company realised this was blatantly a ridiculous idea and shelved it. It was only when the initial Terror range was planned that Orange’s designers remembered they had a job lot of ‘shape’ knobs sat in the warehouse and set about finding a way to incorporate them with their new EQ system.

Sadly, this is not true either.

4. Orange hates pedals
You may have seen our recent entry into the pedal market with the Bax Bangeetar. Took us long enough but we got there. We’re right at your feet now. Why did it take so long? We’ve heard speculation it’s because Orange hates guitar pedals, believing them to be tiny little boxes of hate sucking away at our glorious tone. Simply not true.

No ridiculous back story, no crazy urban myths. The reason it took us so long to get a pedal out is simply because we wanted to do it right. Sorry if that’s boring, but it’s true.

5. Pics only
We’ll round off this informative list with a classic. You may already know our early amps gained fame for the lack of writing on the front. The intuitively-named Pics Only models used small hieroglyphic-style etchings to signify each control, and people got by just fine. So much so, we brought them back with the OR50 and OR15. 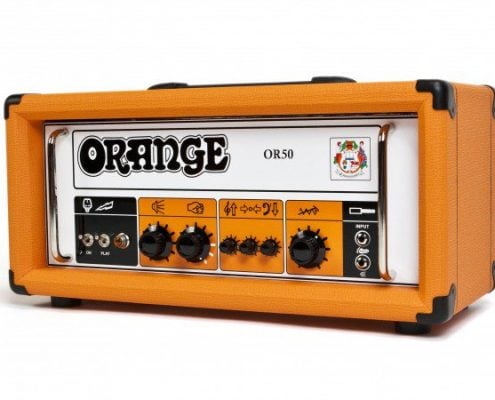 There has been plenty of forum-chatter over why we took this bold design choice back in the day. Classic British sense of humour? Doodles by the work experience kid? Or, our personal favourite, nobody who works at Orange can read or write? Think about it guys, they’re engineers. These guys are so clever they have to wrap their heads up at night so the knowledge doesn’t tumble out their ears as they sleep.

No, unfortunately, the truth is much more utilitarian. The reason why we use pictures on the front of our amps is so that everyone can understand the knobs without language barriers. Orange is, after all, the “Voice of the World.”

We hope you’re not too let down by the information listed above. Nothing like letting the facts get in the way of a good story, but the truth is we make exceptional amplifiers, and have done for almost 50 years. No Vikings, no foul sea-beasts, no shape-shifting and definitely no illiterate engineers. And, in this age of right-to-reply, it’s only fair we got a chance to put things straight.