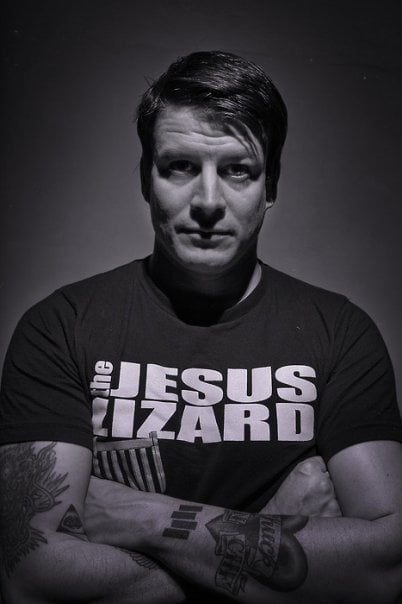 Guitar tech for Joe Trohman of Fall Out Boy, Josh Newton, was once arrested for looking too intense in black and white

I have very hazy memories of having danced danced to many of the songs off ‘From Under the Cork Tree” at the local rock club when I was a student. Now onto their fifth studio album, Fall Out Boy are in the upper echelons of music, selling out tours and touring the world over and over.

Currently keeping these wheels turning are two techs, Josh Newton and Brian Diaz. Josh has been a touring musician for over 20 years in bands such as The Damned Things and Every Time I Die, but only in the tech game for one year. Brian has been a tech for eleven years and has worked with some of the rock giants of our time (Guns N’ Roses, Anthrax, Primus, Brand New, Motion City Soundtrack, Sum 41)

What’s a typical day life for you on tour?

Brian : The day usually starts with me waking up way too early for the backline to get loaded in, so I hang around, eat breakfast and watch the other departments build their rigs whether it’s lighting, video, whoever. Once I roll my gear in place I try to get started with changing strings as soon as I can while I wait for audio to be ready for us to soundcheck. It’s usually at this point that I’ll do any repairs or try to recreate any issues I may have experienced the show before. Usually it’s something pretty easy like a loose pot, or a bad cable that needs to be replaced. Sometimes it may involve re-tubing a head or something more involved. More days than not, there isn’t much to do other than restring and polish up the guitars. Show time is pretty much the same every day: line check, tape down setlists and cables, bring out the water and towels, and then wait for the band to show up to stage. Fall Out Boy tends to be pretty on time everyday. Other bands I have worked for are famously extremely tardy. End of the night it’s a race to get it all in the truck, take a shower and get back to the bus.

Josh: I usually start setting up at around 12pm or so. I get the backline up and running, tweak things here and there. After that I’ll restring the guitars and check the intonation and action. We line check around 3pm, then wait until show time. Post show we get out of there as quickly as possible then do it all again the next day.

Favourite part of the job?

Brian: My favourite part of doing this is the times when you get recognized for the work you do. It makes the long hours that you put in which seem pointless actually worth it. That and the travel. I have always been a fan of exploring new places, and this has given me the opportunity to see the world and get paid for it.

Josh: Getting things to sound good and work correctly. I like the challenge off trying to get things exactly the same every day despite the different conditions.

What Orange Gear are Fall Out Boy using?

Brian: Right now Patrick Stump is using the Dark Terror at 15 watts. Normally this is dumped into a Palmer PGA-04 load box, since we have these elaborate stage sets where onstage backline doesn’t make a whole lot of sense. When we do use cabinets we are using whatever Orange 4x12s we can get our hands on. Just yesterday we got some black 2x12s that we are going to try out today. 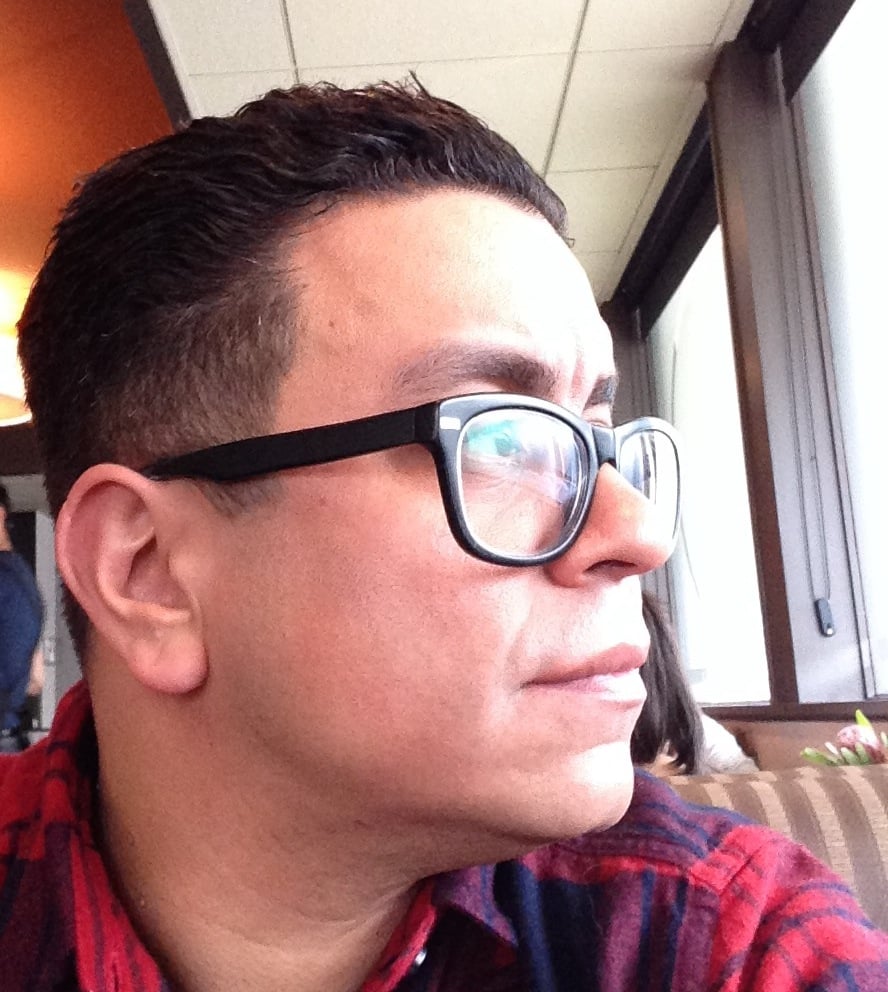 What is it about Orange amplifiers & cabinets that you like?

Brian: First and foremost it’s always about the tone. Before this Patrick was using (edit: someone else’s amplifier) that I had done a bit of modifying to so they were sounding just okay. We had these shows where I couldn’t get the amp to stop buzzing and I borrowed a Tiny Terror from Joe Trohman and it was game over. There was an immediate difference in the breadth of sound and the amount of crunch I was able to get out of it. Patrick liked it immediately and wanted to try the Dark Terror because he tends toward a more metal tone. I was into it immediately because of the size and the metal construction. They are so compact and so sturdy.

Josh:I’ve never had one go down on me. They’re built like tanks, specifically the cabs. Solid stuff.

The current Orange amps you are working on, are the tubes the stock or do you have a preferred brand? If so, which?

Brian:I have been using the Dark Terrors stock and they sound great. I do hear from time to time about swapping out the V1 tube for a Tung Sol, but I haven’t got around to experimenting with that yet. We have a couple more heads coming to us for a second rig we are building, so maybe I’ll drop one in and check it out.

Josh: I usually swap out the tubes to JJ’s. Just a personal preference. With the Thunderverb 200’s, I swapped them out to use KT88s. Just a hair more beef with those monsters.

Any stand out products from Orange which you would choose over all the rest?

Brian: I am a bassist so I have always been in love with the Orange bass lineup, particularly the AD200. I haven’t tried out the Terror Bass yet, but I’m thinking about checking that out. For the guitar gear, I really love the Thunderverb 200.

Finally, the question to end all questions. Valve or solid state?

Brain:Valve is always going to win this round. I guess it comes from the time spent listening to bands that recorded with tube amps and hearing it live, but you just aren’t recreating the same sound with a solid state amplifier. My work with amps is fairly limited, but what I do have experience with is valve amps. If I had a solid state piece that went down I don’t think I’d be servicing it myself. I definitely have a better shot with a valve amp as I have a better understanding of them.

Josh: It depends. With guitars, tubes tend to be most pleasing to my ears, but bass can go either way. I’ve rarely had an issue with any of Orange’s products. 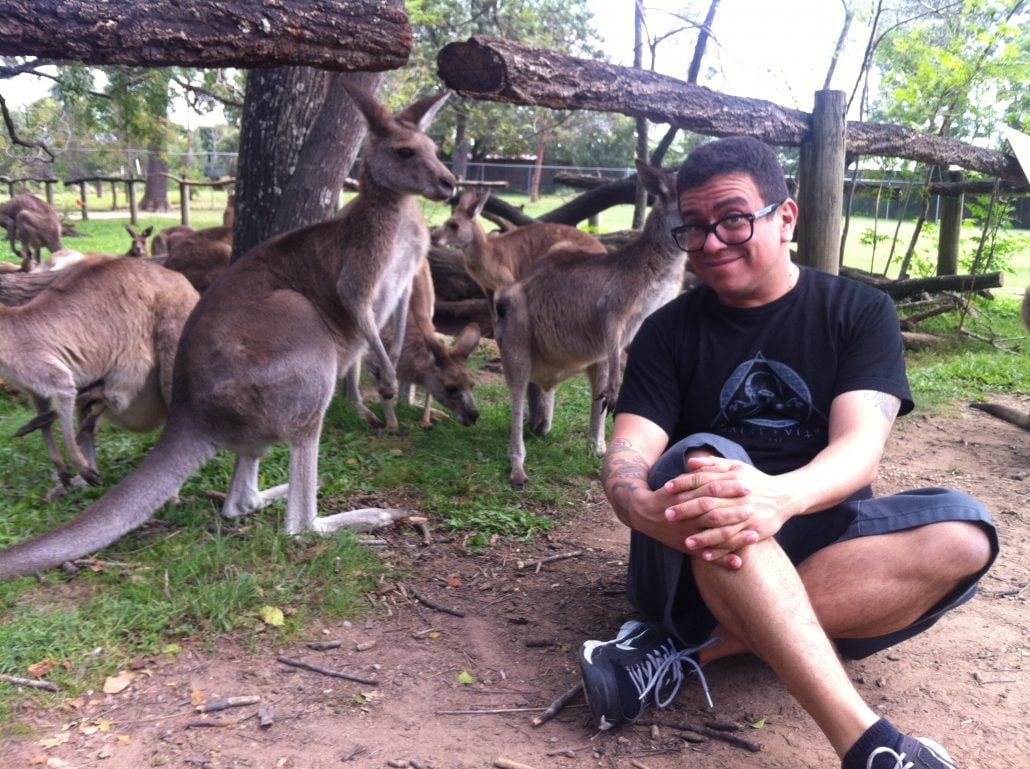 “Brian gets to travel the world thanks to music!” is what we would have captioned this if we were bored. But we’re not, so we’re captioning it “Why would Brian send us a picture of him surrounded by kangaroos?”

Tiny Terror – Most Important Guitar Product in the Last 30 Years.

AMPLIFIED! with Arcite
Scroll to top