Orange caught up with The Early November during this year’s Warped Tour. Enjoy this interview with guitarist and co-founder Joseph Marro. 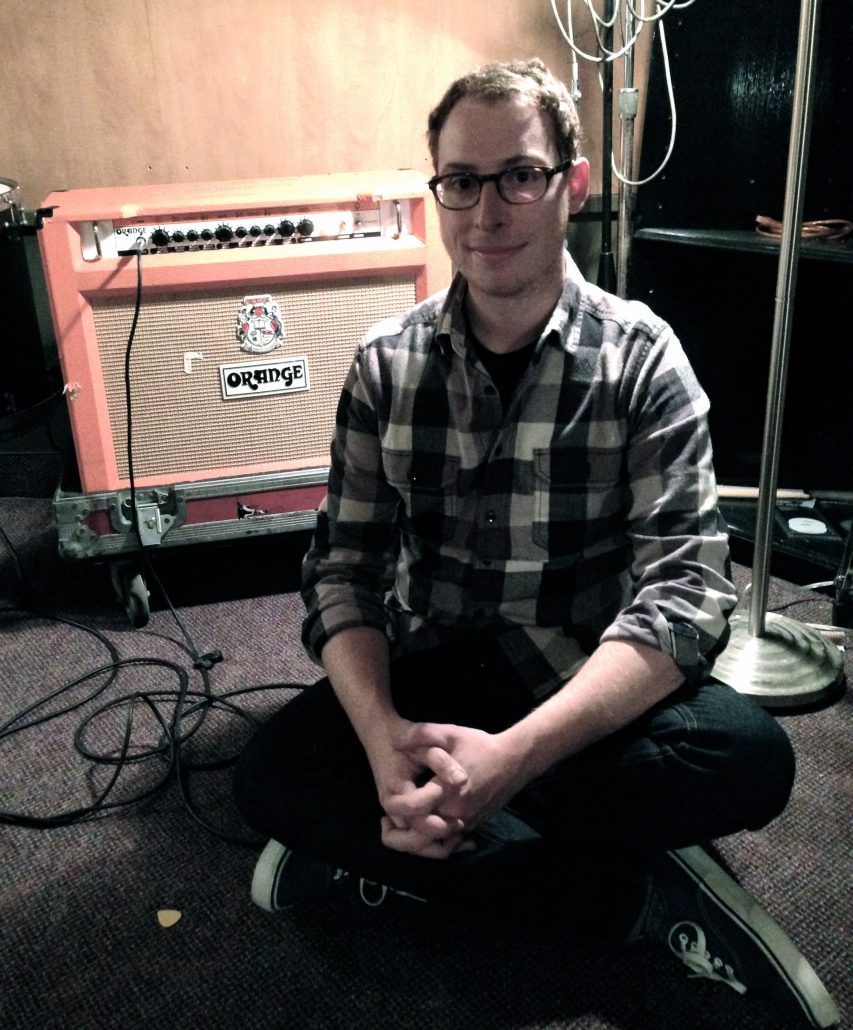 Joseph Marro of The Early November

Orange: Hi, how are you doing?

Orange: So where are you guys from?

Joseph: We’re all from the southern New Jersey suburbs, I live in a town called Merchantville.

Orange: How did the band form?

Joseph: Wow good question, it’s going back quite a while now. Our lead singer Ace and I had a band when we were in high school and, like all high school bands, eventually we broke up and formed another band with some guys and that band also broke up. Ace then asked me to play again for The Early November when it was in its infancy and he had a few demos and I said “wow this is awesome let me play in your band again!” so that was probably going back to 2001. 2002 the band actually put out a demo and gets signed. The rest, as they say, is history.

Orange: So what are you using now as far as amp equipment?

Joseph: I am using the Rockerverb 50 Combo, which is a replacement of my Rockerverb 100 which I used in the previous touring days.

Orange: And is it all stock?

Joseph: It’s all stock. It’s exactly what we recorded all the past albums with and all of the new album with, I used the head on the last album and I needed to replicate those sounds exactly.

Orange: You just recently got back together correct?

Joseph: I guess it’s been two years at this point now. We put out that record last summer. (Watch the video for “In Currents” from that album)

Orange: And how’s that been going for you? I heard a lot of the newer stuff live and it’s sounding great.

Joseph: We put it out in June of last year and it did really well. Then we toured for a while we did a full US with The Wonder Years and then we did another tour with Cartel who are from Georgia and now we’re doing all of Warped Tour, so after this we’ll take a little break. 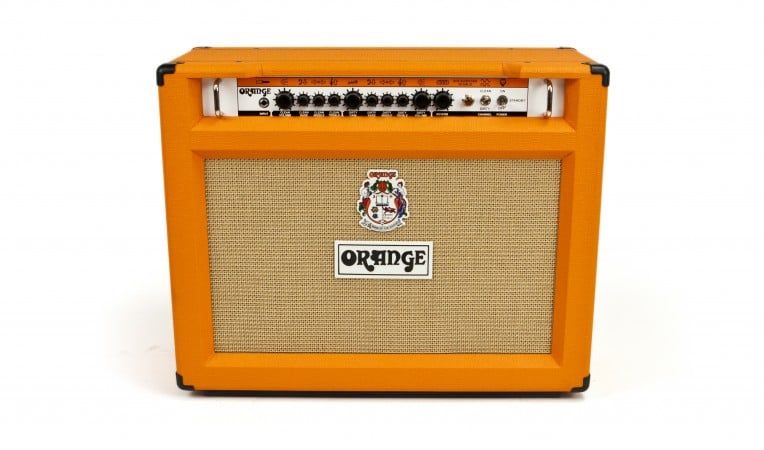 Orange: I will (not), and what guitar do you use?

Joseph: I’ve been using my old SG, it’s the same guitar we recorded with so live I try and do the same thing. I have a couple other guitars, I have a Jazzmaster and Rickenbacker, but for Warped Tour it’s just all about efficiency so SG 62 Reissue all stock. I’m a stock guy, whatever it sounds like.

Orange: I guess that’s because it’s the way it was made to be.

Joseph: Yeah, that’s the thing, I remember my favorite band Jimmy Eat World used Orange and used an SG, I don’t know if he still does, and a Rickenbacker and so I own both those guitars. 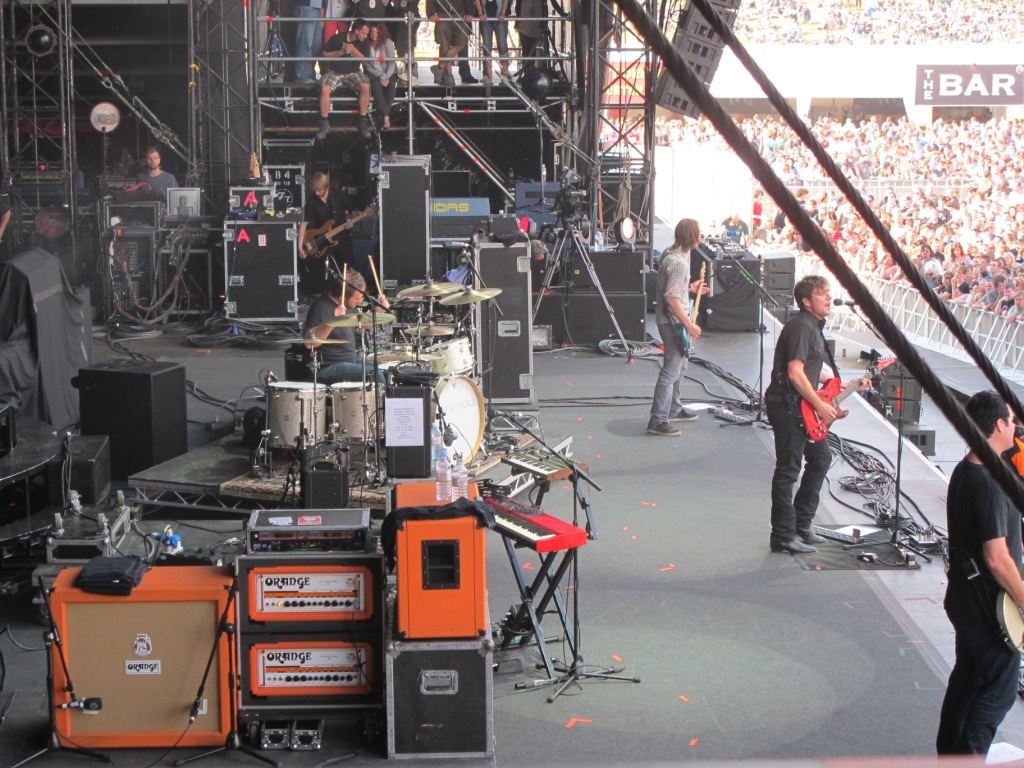 Orange: So do you use any pedals to effect your sound or tone?

Joseph: Very little, I love the clean tone, that’s why I bought the amp. I love both the clean channel and distorted which you rarely find both stand on their own on one amp. I use Blues Drive to give it a little kick, a Pro Co Rat another Jimmy Eat World trick, a delay, and a Holy Grail, super simple.

Orange: You’re on the road a lot any music you’ve been listening to?

Joseph: My favorite records, the new Vampire Weekend, Frightened Rabbit, the new National. As far as TV we watch a lot of Food Network, I don’t know why.

Orange: I love Chopped, watch it all the time.

Joseph: Yeah, it’s a great show. I don’t have cable at home so this is a treat for me and we’ve been watching a lot of Discovery Channel. We’ve been watching that show Naked and Afraid or something, it’s the most insane show and I said “this can’t be real” and I actually started watching it and it’s pretty good, there’s definitely worse shows out there.

Orange: What have you been eating on the road a lot, like your favorite band recipe?

Joseph: Well unfortunately whenever we have a day off everyone wants to go to Buffalo Wild Wings which I don’t like, for no other reason than I think there are better places to go. Ruby Tuesdays I like a lot. We obviously eat a lot of tour catering, lots of Hot Pockets.

Orange: So when was the first time you saw an Orange Amp?

Joseph: It probably stems back to Jimmy Eat World era late 90’s indie rock. So when I was growing up all the bands had stuff you could generally find at a pawn shops or for whatever reason wasn’t the newest stuff and I don’t remember which amp it was but I saw an Orange, and anything different I was always into anything that made me saw why is that an amp and then I saw Jimmy Eat World using one. I did a little research when I was younger before Wikipedia and learned some of the history and thinking this is cool stuff, I don’t know what these amps sound like except for seeing it in some video online. So the first time I ever saw one in person I remember being very excited. A couple years later we got signed and I bought my very first Orange. My amp in general I feel is very versatile it has a very chimey clean and it’s heavy as hell. I also remember Converge playing them, I remember seeing Converge live and being like “you’re kidding me” that’s such a massive set up. I remember there used to be a website where you could see bands pedal setups. I remember seeing Jimmy Eat World used that RAT for their Orange and that’s how I discovered Orange and what made me want one. They said we use a RAT through this Orange and that’s how it sounds this way that’s it. I’m a basic guy when it comes to gear, stock stuff it sounds good.

Orange: That’s awesome, well thank you so much for talking with us!

The Orange Embassy
Scroll to top