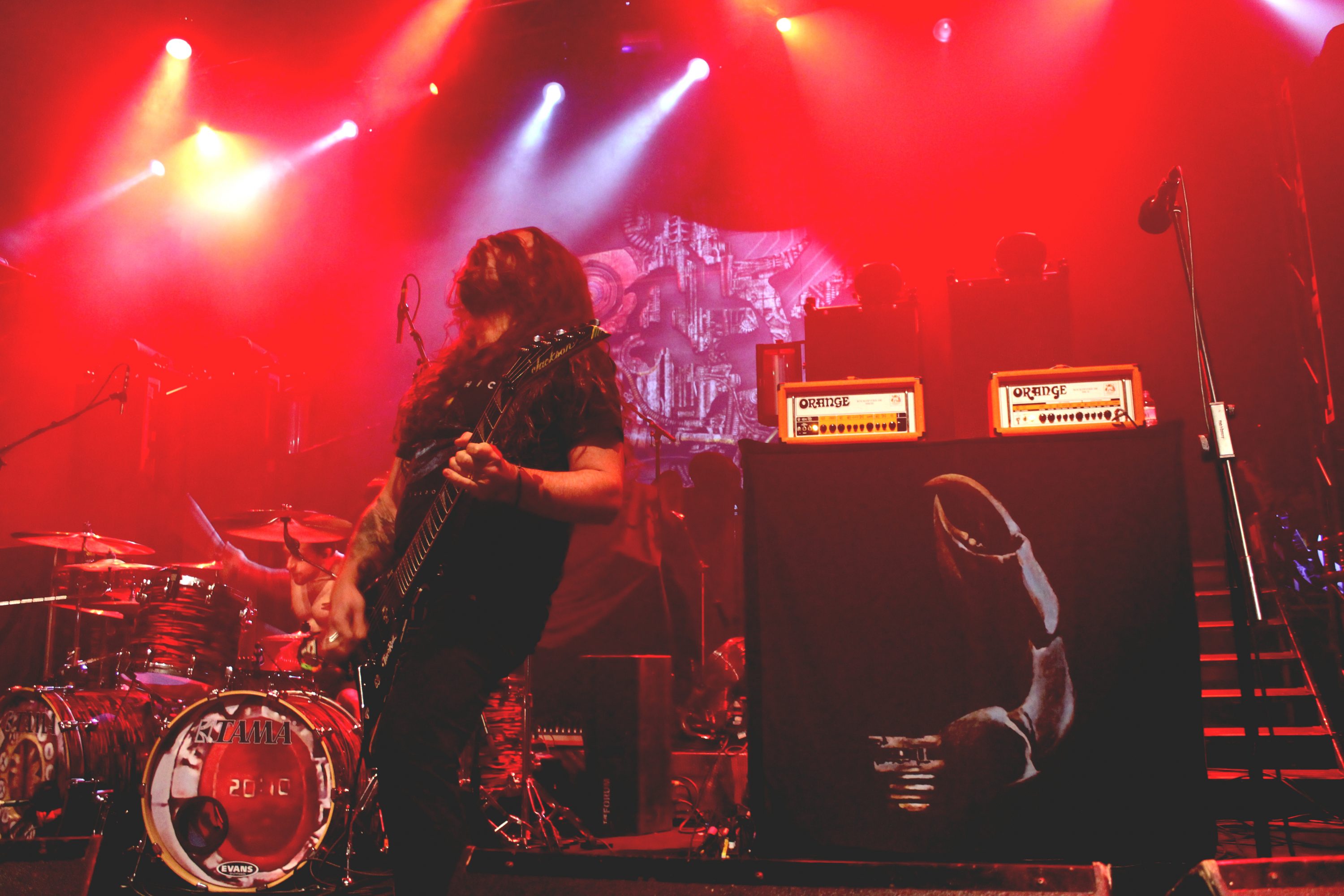 It’s been 30 years since you joined Sepultura in 1987, can you tell us a bit about how the music and your sound has developed over the years?
It’s developed together with everything else, like all of us growing up as people and traveling the world. We started out at a very young age, looking for pedals and gear that was nearly impossible to find in Brazil, and I started out using Mesa/Boogie, which I used for many years. Then this rep from Orange approached me, just at the time where a lot of heavier bands were embracing Orange, and as I was becoming a bit sick of my Mesa/Boogie sound I was ready to try something different, and I mean, you can watch Black Sabbath’s ‘Paranoid’ video where both Iommi and Geezer Butler are using Orange, so when I was given the opportunity to try it for myself I took it straight away – Orange always just had that ‘aura of the masters’. Orange offered more of an organic sound then what I was used to, because what I really love is when I’m able to just plug in and play. There is a lot of demand for distortion and heaviness with Sepultura, and I was very surprised that the Rockerverb II had all of that. A warm, and heavy guitar sound that kind of seemed to expand a bit more. In the studio I use a few different amps depending on what I need, but live the Rockerverb is absolutely fantastic, and on this tour I’m playing through both a Rockerverb 100 MKII and a Rockerverb 100 MKIII, and I could not be happier with all the support from Orange!

You mention Black Sabbath’s Tony Iommi and Geezer Butler as some of the masters, was there anyone else in particular that got you into playing when you were younger?
Mainly KISS and Queen, they were my two main bands. Queen came to Brazil in 1981, but my mum wouldn’t let me go because I was too young. Then KISS came in 1983, and that was my first ever show. Being able to go see them live at their Creatures of The Night tour, was insane, that changed my life. That’s why I’m here! Seeing that, in my home town, at my football team’s stadium.. As I said, it changed everything. When I first started playing, my goal was to play ‘Stairway to Heaven’, so that’s what I told my teacher. She gave me the basics and a good ground to learn on, gradually. It started out with acoustic Brazilian music, before moving onto other things. Slowly I’d expand my music taste as well, and start listening to bands such as Iron Maiden, Judas Priest, Black Sabbath, Deep Purple, Jimi Hendrix and Cream, all of those incredible vintage sounding bands and artists. I’m also inspired by Brazilian music, and as I’ve become older and developed my taste I’ve picked up on a lot of the older Brazilian music, which has been a huge inspiration to Sepultura. That’s played a huge part in finding our sound, using Brazilian percussion and other bits from our more traditional music.

Correct me if I’m wrong, but you’ve also got a radio show?
Yeah, I’ve got a show with my 19 year old son Yohan, it’s great to have him involved and see how he’s developed over the years of the show, he himself is a musician as well, although more into the progressive side of rock, which you have to be an incredibly good musician to be able to play. We’ve been doing the show for five years now, and it’s really great, it’s so hard to get played on the radio, so I’ve been lucky enough to be able to open up doors for a lot of younger Brazilian bands. There’s one band called Claustrofobia, a group of young kids playing trash who also mix some of the Brazilian percussion into their music. They released an album called ‘Download Hatred’ at the end of the last year and it’s just brilliant, so check it out if you can, it’s fantastic. Besides that we have fun, and total freedom to play whatever we want, which of course is a lot of heavy and metal, but also Beatles, Stones and other bands like that too, as well as Napalm Death and Slipknot. All the extremes, and everything in between.