First off, a disclaimer. This article isn’t being written as a hard sell pitch. It’s not a list of reasons why Orange Amps are, in our opinion, magical boxes of wonderment. It’s an honest tale about how a bang average guitarist finally took the plunge and bought some proper gear, and the profound effect it had on his love for the guitar.

Cast your minds back to around 10 years ago. After a few years of not even picking up a guitar, a few mates and I thought it’d be fun to start a band. It made sense; I remembered the guitar being kinda fun, if a little frustrating. I’d always played without ever really practising, if that makes sense, so my chops were extremely limited. And, after hitting the talent wall, I drifted a bit away from the instrument. But the chance to start playing again, in a band made up of my best pals, got me thinking about it again.

One lad was a great drummer, with a canny knack of coming up with simple but incredibly catchy guitar riffs in his head. Another was a talented multi-instrumentalist who was more than comfortable on the bass. Our other pal didn’t have any experience playing an instrument, but he was a force of nature who would make a great frontman. And then there was me. Full of ideas, but little in the way of gear. 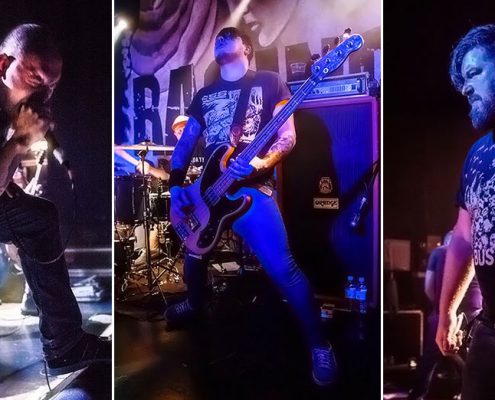 We had bonded over a shared love of certain bands. Raging Speedhorn, a cult British sludge band were a particular favourite. They blended ultra-simple Sabbath riffs with powerful, screamed vocals to incredible effect. Crucially, their songs were so, so easy to play. Nothing complex, just loud guitars and riff after riff after riff. Most importantly, they looked like they were having a good time doing it. A lot of metal is quite po-faced and takes itself very seriously. Speedhorn just looked like they were a bunch of mates making ridiculously heavy music and having all the fun. There was our M.O. right there. Damp Old Man was born.

Our drummer was in another band, so we quite quickly had access to a rehearsal space. I picked up a decent little guitar, a PRS SE with P90 pickups, for a good price. At the time I wasn’t a gear nerd, so I was sold more on the fact it had this amazing tobacco sunburst finish, rather than how well suited it’d be to the music. More on this later…

I had also been working as a broadcast producer so I had been trained on recording gear, and my laptop was chock full of software I could use to record us on. Using the PRS SE, through some amp simulation software, we were able to get a rough version of that full band sound we’d been looking for. Except it didn’t sound quite right. The amp sim was being pumped through an audio interface and into a ropey looking PA system. No amount of tweaking could get away from the fact that the guitars sounded like a chainsaw. Something was going to have to change. 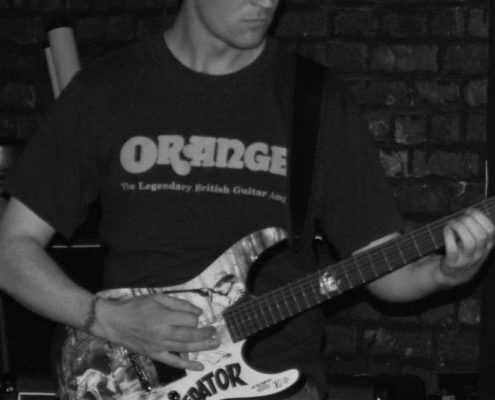 The author reppin’ back in the day.

After the first few months of writing and practice, I knew I had to start taking this seriously. The band was writing some great stuff; heavy, catchy riffs with odd Dillinger Escape Plan style craziness. I was genuinely impressed with what we were churning out. We all were. The lyrics too. We had songs about Velociraptor uprisings, South American footballers and a girl we once knew who had a massive face. All Ivor Novello-worthy stuff, I’m sure you’ll agree. But no matter how hard I tried to push the amp sim/laptop/PA rig, it wasn’t working. Songs this good deserved to sound so much better.

I started searching around for an amp which would give us the tonal platform we needed. Being a journalist by trade, my first step was to research. I read every forum, watched every YouTube video and started to gain a clearer picture of what would, what might, and what definitely wouldn’t cut the mustard. A few brands and models started cropping up, including a strange looking company which made bright orange amplifiers. Surely a gimmick I thought, until I started looking at them in more depth.

This odd looking company had just released a model called the TH30. On paper, it promised the heavy tones we were looking for, with the right amount of power for the size of gigs we would do, and a solid clean tone for those moments when I wanted to wig out with delay pedals and the like. Plus, it looked properly cool. 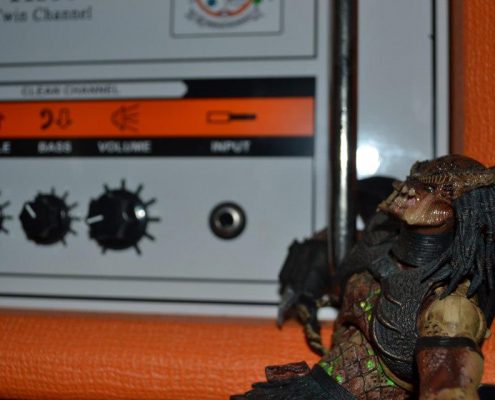 As used by real Predators

I went down to our local guitar mega-super-market and, sure enough, there was a big section full of all kinds of these orange amplifiers. Being a large, busy store, there was no way I could plug in and get to stage volume, but I was able to have a tinker with it and from there, something switched inside me. I’d found my sound. I tried a couple of other brands and models, more to check I wasn’t going mad than anything, but nothing even came close to that TH30.

The first practice session with my new toy was buzzing. Finally, there was a balance between the bass, drums and guitar. The sound just felt fuller, more like what we had in our heads. The tones I was able to coax from the TH30 were the missing piece of the puzzle. We sounded like we had all imagined we would when we started playing together.

The other, less expected effect, of getting a ‘genuine’ valve amp was how much it made me think about everything else in the signal chain. When you finally get something proper, something a serious player would use, it makes you want to learn how to use it correctly. I began reading up on different valve types, best practices for looking after it, and techniques on how to record the thing properly. Having an Orange Amplifier made me a better, more thoughtful, more critical player because I wanted to do this amazing piece of equipment justice. 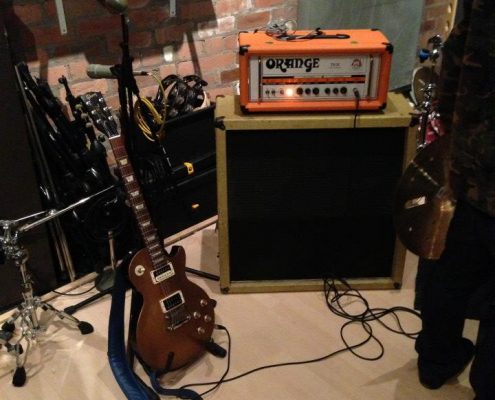 For starters, the PRS SE had to go. It was an amazing guitar for playing at home, or without much gain, but for us we needed something more powerful. I replaced it with a Les Paul studio with humbuckers and, still to this day, I have never heard a sound so sweet. I’ve played through hundreds of combinations of amps, guitars, pedals and other gear since, but that simple combination of Les Paul into TH30 will forever be my favourite sound.

I think what I learned overall was the power of context. Don’t get me wrong, amp sims have their place. For home recording, the ability to plug your guitar into your laptop and gain approximations of thousands of real-world guitar sounds is, if you think about it, proof that future-tech is pretty damn cool. Solid state practice amps are great too, in the right situation. But for powering a bad-ass metal band, you need the right tools for the job. For me, I found them in my Orange.

PS – my tin-pot band, and the tones the TH30 produced, can be heard here, on the slight chance you’re interested. We’re now sadly defunct because life got in the way but the music lives on in spirit.

Five Things About An Orange You Have To Experience For Yourself

How Orange Will Look In 10 Years
Scroll to top