It’s often tempting with these kind of crystal ball, ‘look into the future’ type articles to make a load of wild predictions. Robot butlers! Hovercrafts! Universal basic income! The truth is usually, but not always, far more mundane. However we’re living in an age where the pace of technology moves so quickly that it is genuinely hard to predict.

Who would have thought, for example, that we’d be flying personal camera helicopters around, or that selfies would be a thing? Surely nobody could have predicted that we could fit an entire recording studio on our phones, or that Nickelback would still be churning out records. 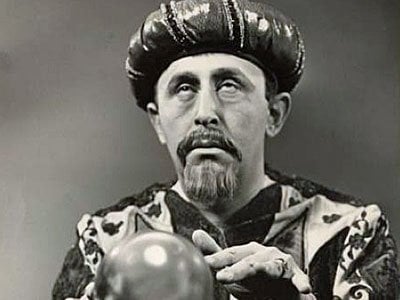 I predict noise. Lots of noise. All the noise

The point is that the future is an open book, and making predictions now just serves to make certain pundits look rather silly. It’s a hiding to nothing, surely. With that in mind, let’s try and keep the subject area a bit more narrow. Here’s some predictions of how we think Orange will look in ten years’ time.

Orange has always been a multi-faceted company. On the one hand, it still finds new and exciting ways to suck extra goodness out of ancient vacuum tube technology. On the other, it does bonkers but cool stuff like make high-powered PCs in the shape of amps, and music-friendly whiteboards for classrooms. So it’s hard to say one way or the other where Orange’s product lines will end up in 10 years.

Perhaps useful is to look back to 10 years ago. Around this time, Orange launched the Tiny Terror. This, as we know, went on to become a legend in its own lunchbox (to coin a phrase) and saw other amp manufacturers scrambling it its wake to launch their own portable valve heads. With this in mind, maybe we’ll be looking at some other form of ingenious amp that the Orange bods have up their sleeves. Something unique, which will shake everything up and give us players something else to think about.

Looking at other creative industries, the future seems to involve two distinct streams of progress. Gradual iterations of existing gear, on one hand, adding extra functionality and making our lives easier. On the other hand, entirely new products and genres come to the fore which give us the potential to do things we had never even thought of.

In photography, for example, DSLR cameras slowly improve year on year, offering incrementally higher resolution pics and other small improvements. But then on the other hand, we now have drones, taking photographers up into the skies and allowing them to shoot in ways they could never have done before.

Perhaps we’ll see the same for guitarists. Each year we’ll see slightly improved amps, with small but carefully considered additions made to the products, but then something completely new will come out of nowhere and change everything. If that is the case, you can be sure it’ll be Orange leading the way. 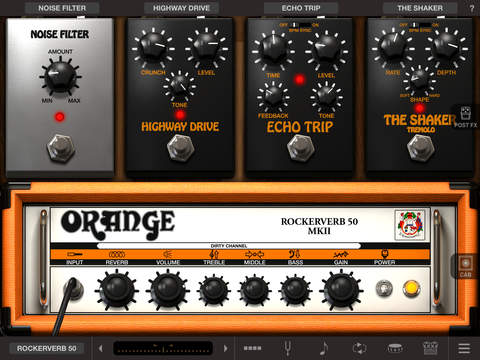 Maybe it’ll embrace digital. Putting the excellent buddy-up with Amplitube to one side, Orange hasn’t really gone big on the modelling side of things. More guitarists are now looking to add these rigs (Axe FX and Kemper being the two obvious ones) to touring setups, for example, so maybe it’s here that Orange will come in and steal the show.

As a company, Orange has grown pretty organically over the past 40-odd years. From its beginnings in London, through to its place on the top table of global musical equipment manufacturers now, it’s done so through a simple strategy of making great gear which players want to play.

In all likelihood, this won’t change. Anyone in the MI business will tell you that turning a profit isn’t the single biggest driver behind doing what they do. There are far easier ways to make money, that’s for sure. The people in this industry tend to be driven solely by a love of their gear, and by seeing the creative ways people use it to express themselves.

Maybe the products will be different, and maybe the ways it communicates with people will be different, but I’d bet Orange itself won’t change too much. It’s got this far by doing what it does, and doing it well, so why change now? 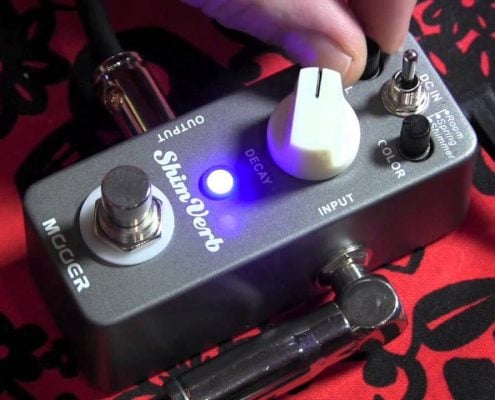 I think we could all agree that there has been an overall shift in musical gear towards making everything smaller and more portable. Most pedal manufacturers followed TC Electronic’s lead in bringing out tiny versions of their existing line-ups. Orange, and other amp brands, brought out small-size heads like the Micro Terror which were able to power full sized cabs.

Even in the acoustic world, there has been notable success from the likes of Taylor and Martin with their shrunken-down acoustics. But with every great rise comes a fall. Maybe the next 10 years will see a yearning return for big gear. Gear which doesn’t try and be all things to all people. Gear which isn’t meant to be thrown in a backpack and carted around. Gear which can sit there and do one thing, really, really well.

Another notable shift has come in the democratisation of playing music. Outside of the guitar world, we’ve seen electronic music equipment brands like Roland and Novation open their arms to the less musically talented with the launch of USB MIDI controllers without a single musical note on them. Combine those with the advent of all kinds of musical apps on smartphones and tablets, and you can see how it’s never been easier to write, record and perform music nowadays, even if you’ve never picked up a ‘proper’ instrument in your life.

The knock-on to this is that traditional musical ability may wane over the coming years. If it’s so easy to get the sounds you want by messing around on an app, why bother putting the hard yards in learning pentatonic scales and modes?

If that sounds depressing, console yourself with the fact that not all music can be made by tapping a screen. Music is about more than that, it’s about power, emotion and energy. And while there’s still love for those most basic feelings, there will still be love for guitars and guitar music.

So whatever form the future holds, rest assured Orange will still be there helping you make the sounds in your head become a reality.

I Finally Bought An Orange Amp (and this is what happened)